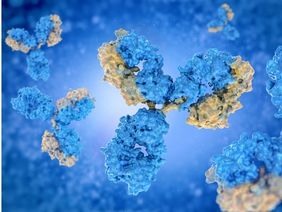 DLBCL is the most common type of non-Hodgkin lymphoma in adults worldwide, characterized by rapidly growing masses of malignant B-cells in the lymph nodes, spleen, liver, bone marrow or other organs. It is an aggressive disease with about one in three patients not responding to initial therapy or relapsing thereafter. In the United States each year approximately 10,000 patients are diagnosed with relapsed or refractory DLBCL who are not eligible for ASCT. Monjuvi is a humanized, Fc-modified, cytolytic, monoclonal antibody that recognizes the surface protein CD19 on B lymphocytes. In 2010, MorphoSys licensed the worldwide development and marketing rights for Tafasitamab from Xencor, Inc. Tafasitamab has an Fc portion modified with XmAb(R) technology that mediates B-cell lysis through apoptosis and immune effector mechanisms, including antibody-dependent cell-mediated cytotoxicity (ADCC) and antibody-dependent cellular phagocytosis (ADCP).

"We are incredibly proud that the FDA has approved Monjuvi in combination with lenalidomide as the first treatment in second-line for patients with relapsed or refractory DLBCL, and we thank all the health care professionals, patients and families involved in our Monjuvi trials," said Jean-Paul Kress, M.D., Chief Executive Officer, MorphoSys. "This approval marks an important step in MorphoSys' transformation into a fully integrated biopharmaceutical company. We remain committed to developing innovative treatments to improve the lives of patients with serious diseases."

The FDA decision represents the first approval of a second-line treatment for adult patients who progressed during or after first-line therapy. The FDA approval was based on data from the MorphoSys-sponsored Phase 2 L-MIND study, an open label, multicenter, single arm trial of Monjuvi in combination with lenalidomide as a treatment for adult patients with relapsed or refractory DLBCL.The FDA had previously granted fast-track and breakthrough therapy designation for the combination of Monjuvi and Lenalidomide in relapsed or refractory DLBCL.