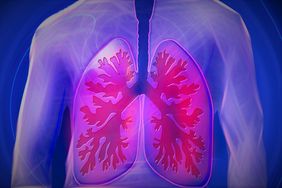 Ebenbuild won the digital health category with a pitch by CEO, Kei Müller, with its pioneering vision to use AI software to generate unprecedented data on patients’ lungs and provide tailored therapy to treat acute respiratory distress syndrome (ARDS).

Just recently, in March 2022, the spin-off from the Technical University of Munich, has closed a seed funding round of EUR 2.5 million. With the fresh capital of lead investors are High-Tech Gründerfonds and Bayern Kapital, Ebenbuild aims to further develop its digital lung twins, personalized simulation models based on patient data to improve the treatment of intensive care patients with ARDS.

By calculating regional distributions of mechanical quantities such as stresses and strains, Ebenbuild provides a novel computer-based imaging technique that makes ventilator therapy quantifiable for the first time. The scalable software solution can be used worldwide, regardless of the brand or manufacturer of the ventilator.

The Catapult competition is an EIT Health initiative that looks to boost the development of European health start-ups by exposing them to world-class experts and investors.

Representing the best in European healthcare innovation across biotech, medtech and digital health, nine finalists competed on stage during the final in Stockholm in hopes of securing funding from EIT Health, while the runners-up pitched their business concepts in front of an audience of experts and investors.

From the other two categories, a Spanish start-up Leuko won the medtech bracket, while in the biotech pool an English start-up, SolasCure, came out on top.