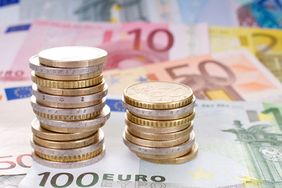 Wellington Partners has raised a €210 million ($234 million) life science fund to back biotechs in German-speaking parts of Europe and beyond. The fund sets Wellington up to invest in 15 to 20 drug development and medical device companies. Wellington hoped to secure up to €150 million to invest going into the raising of its fifth life science fund. That target was well above the €85 million Wellington raised for its fourth fund and now strongly exceeded. “The previous fund was definitely too small for biotech companies. We are now at a size where we can really lead significant rounds in European biotech companies,” Strohmenger said to FierceBiotech news-channel.

Wellington, having held the first close of the fund late in 2017, has already begun to invest the new vehicle, resulting in the addition of seven companies to its portfolio. That experience and the pipeline of upcoming opportunities has convinced Wellington that, despite the resurgence of European life science venture capital, there remains an abundance of biotechs to back. “The European market is still undercapitalized. We see plenty of investment opportunities. I would estimate that the number of investment opportunities in private European biotech and medtech companies is probably as high as in the U.S,” Strohmenger added.

“We have a very strong position, especially in Germany and the German-speaking part of Europe, because we have continuously been in the market, been active as investors, while some of our colleagues during the years of 2010 through 2013 did not have much new capital to invest,” Strohmenger said.

(with material from FierceBiotech)